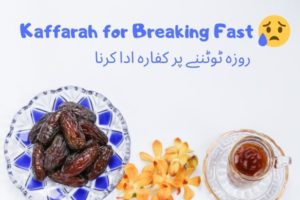 Want to know the basics of Kaffarah for Breaking Fast Hanafi? Yeah! We are heading towards this important matter so we can complete the sacred responsibility of fasting with more devotion and precision.

We already know that fasting in Ramadan is an obligation! What will happen if someone skips or break a fast deliberately? Definitely, he/she is responsible to pay the Kaffarah for Breaking Fast.  Let’s take a step ahead to have an extensive view of Kaffara.

Do you know what Hanafi believes told for breaking the fast? If someone breaks fast intentionally or without any valid reason then he has to pay the Kaffrah (expiation). The Fidya or Kaffrah for broken fast is to fast for sixty consecutive days.

If he/she is unable to perform fast for 60 days for some reasons. He must do followings.

If someone breaks fast due to illness, then he should follow a similar expiation method.

What does Kaffara mean in Islam

Kaffarah is a religious penalty which becomes applicable to someone who breaks or miss his fast intentionally. Mostly, Kaffarah and Fidyah are considered the same but both of these words have a slightly different origin. 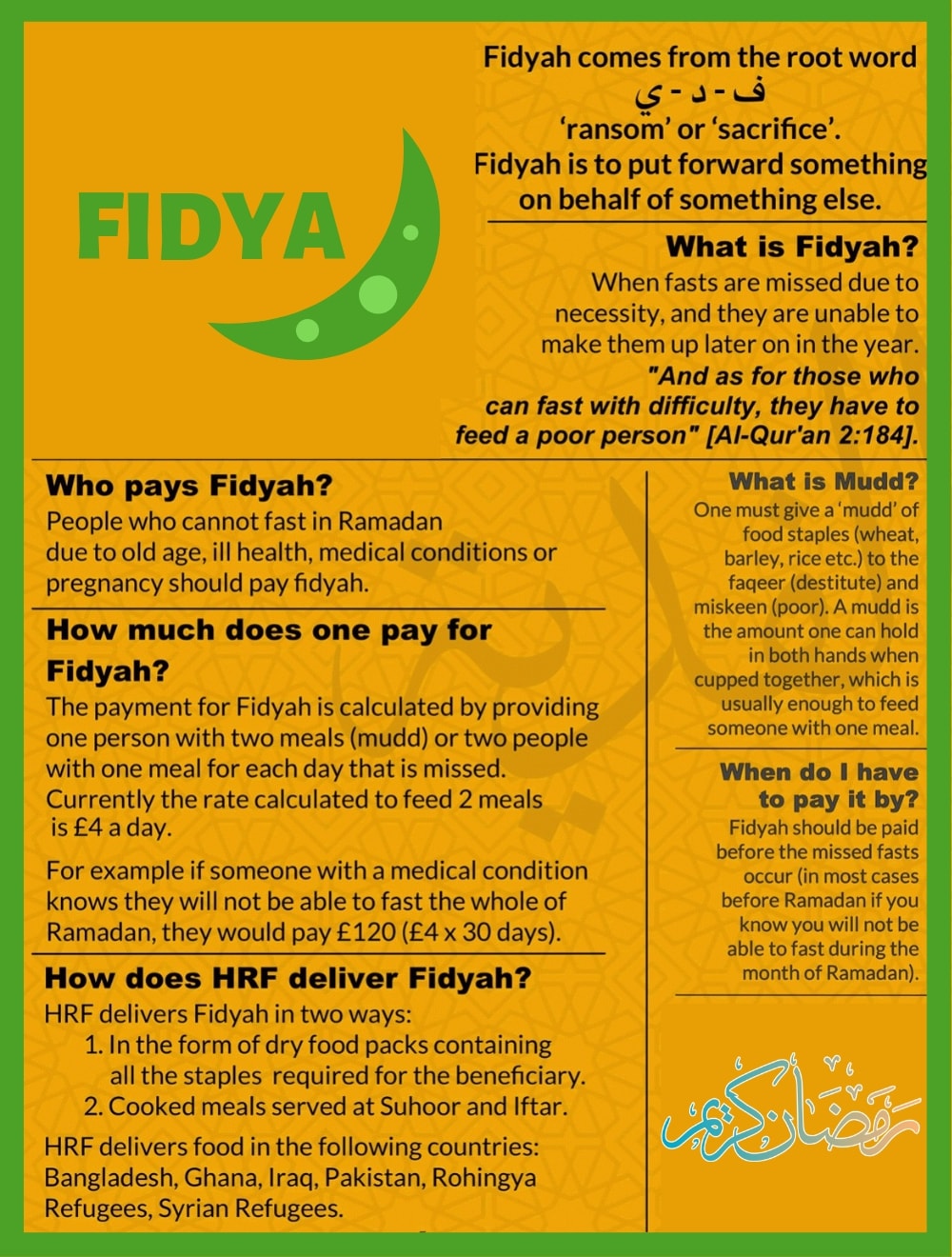 A Hadith Sharif written in the six famous Islamic books Bukhari, Muslim, Abu Dawud, Tirmidhi, and Nasai, had explained the importance of offering the Kaffara. In that particular Hadith related to Kaffara, Hazrat Abu Huraira narrated that:

In context to the above mentioned Hadith Sharif, the possible ways to pay Kaffarah of illicit fast-breaking are mentioned below:

If someone is not able to fulfil any of the above-mentioned methods, then he should go for Sadqa. Pay the Sadqah as you afford to pay to attain Allah’s mercy and help. Never forget to offer the Kaffarah for your mistake when you will be able to pay.

Islamqa has a similar explanation for this matter.

Fidyah is applicable to a person who is not able to fast due to some valid reasons such as health issues, pregnancy, or any other situations when observing fasting might not be good for someone.

However, Kaffarah is obliged to pay when you break or leave a fast without legitimate reasons.

We have tried our best to make important things clear for you. To know this important topic in more detail you can read the Hadiths and Islamic Books of Famous scholars.

Article Name
Kaffarah for Breaking Fast
Description
What should you pay for breaking fast without reasons and with reasons? Here is a complete guide on Kaffarah for fast-breaking in Ramadan or without Ramadan.
Author
Hira Yaqoob
Publisher Name
Theramadankareem.com
Publisher Logo