Download the Eid ul Adha Essay (Mazmoon) and Speeches free from this website. Eid Al Adha is one of the major Islamic events celebrated around the year. As we all know that Muslims have two Eids and Bakra Eid followed by Eid ul Fitr is celebrated on the 10th of Zilhaj according to Islamic calendar every year. This Eid has special importance in the hearts of Muslims because it is one of the biggest events of sacrifice. Those who are able to sacrifice an animal in the name of Allah willingly celebrate this eid with a positive gesture in their hearts.

Eid ul Adha is all about sacrifice, prayers, and new clothes:

Eid al Adha which is one of the greatest events for Muslims is also known as the festival of sacrifice and it is based on Ibrahim’s devotion to sacrifice his son but instead Allah Almighty gave him a lamb to sacrifice and the Muslims repeat this ritual every year.  The sacrifice is done in the name of takbeer and after that, the meat of the sacrificed animal is shared among all the family and especially poor and deserving people. The Muslims make early arrangements to slaughter animals and follow the same willingness of Prophet Ibrahim.

The celebrations of Eid ul Adha last for 3 days unlike Eid ul Fitr which is celebrated for one day and Muslims continue to sacrifice animals during all three days of Eid.  Apart from the sacrifice, everything is the same as prayers in the mosque and wearing new clothes and thanking Allah for the blessings He has given us and greeting Eid Mubarak to everyone.

The celebrations of Eid ul Azhar are initiated when people say takbeer loud to sacrifice the animal.  All the men women and children seem happy in their finest clothes and they congratulate each other.  The basic purpose of this Eid is to share the meat with other Muslims who cannot afford the sacrifice of an animal in the name of God.  Eid al-Adha is is a symbol of Prophet Ibrahim’s willingness to sacrifice his only son in the name of Allah.  This means that we should love Allah and should be willing to sacrifice our most beloved thing in the name of Allah with a positive gesture.  The meat of an animal which is to be sacrificed is divided into three basic parts.  One part of the meat is kept for the family members while the second part is shared among the friends and relatives and the third part is for the poor and needy people.

What is the connection between Eid ul Adha and Hajj?

This Eid marks the end of Hajj which is a five-day religious journey to the Grand Mosque of Mecca in Saudi Arabia.  Haj is an important pillar of Islam and we witness that millions of Muslims make a pilgrimage every year and do their Hajj.  There is a strong connection between Eid al Adha and Hajj because Hajj is completed on this Eid and Muslims around the world complete their Holy ritual along with the sacrifice of an animal.

This year Bakra Eid will be celebrated in the month of August 2020.

Dhu al-Hijjah or Zilhaj, the twelfth month of the Islamic calendar is the holy month for Muslims and is the festival of sacrifice. This Eid is celebrated on the 10th day of this Islamic month.

Here is the list of essay on Eid ul Adha in the Urdu language. You can even download these Essays (Mazmoon) as they are images. 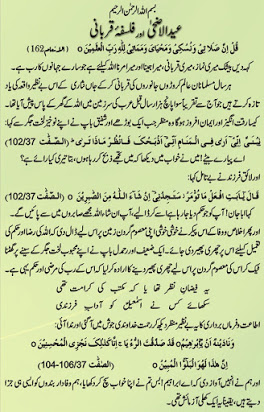 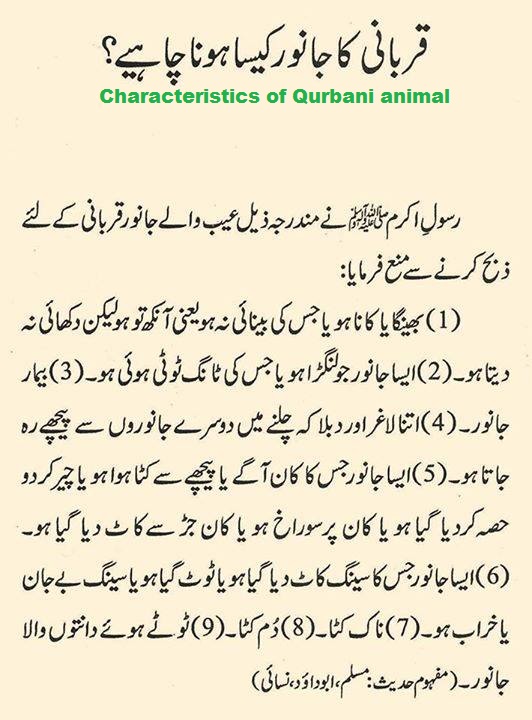