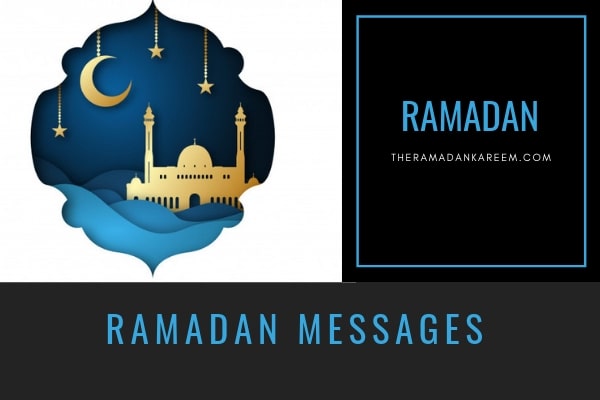 Ramadan Messages for Friends, Husband, and Wife: For all the Muslims around the globe, Ramadan holds a special significance in their lives. There’s no feeling better than knowing that Ramadan is starting only a couple of days later. Except for a few people who are overly hyped for Eid and they start shopping in the first few days of Ramadan.

Here are a few ways people like to greet and congratulate each other through Ramadan messages in Urdu, Hindi, and Arabic.

Messages for Muslim and Non-Muslim Spouses

Husbands can send messages to their wives reminding them not to spend much of their time in the kitchen cooking and cleaning rather focus on pleasing Allah more by reciting the Qur’an. They can advise them to do more adhkar and pray for not only themselves but the betterment of their marriage. 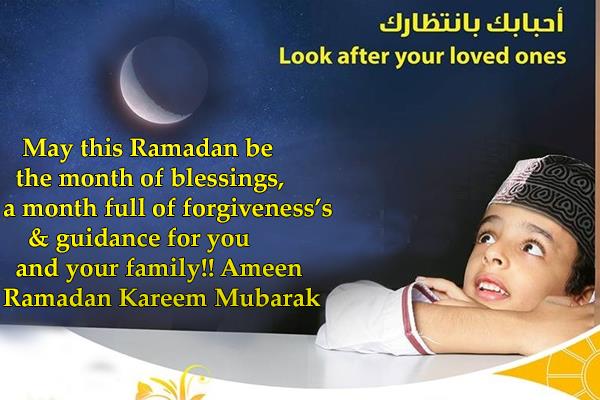 And if a man is married to a non-Muslim woman, this month is an amazing opportunity to discuss Islam and guidance to them.

Message Through Your Character

In the above case, if a man is married to a non-Muslim woman, he doesn’t have to start lecturing her on Islam rather show by his behavior that Ramadan teaches us. Patience, tolerance, kindness, being help in any household chore, verbally saying nice things are a few examples of showing what a beautiful way of life Islam is. And what a different month is Ramadan.

Showing an excellent and admirable example of your self-control is the biggest thing people are usually astounded of. 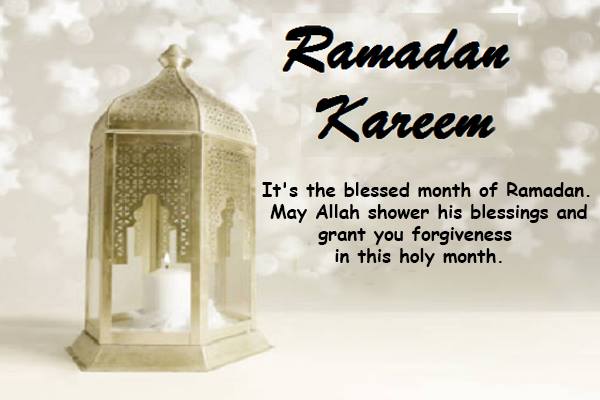 Whereas Muslim wives should also participate in bringing the husband closer to deen by sending him messages of love and compassion and benefits of Ramadan.

Remember! A righteous spouse is a key to Jannah.

Messages to send your husband in Ramadan:

Note: Remember to write Ramadan Mubarak or Ramadan Kareem at the end of each message you choose. 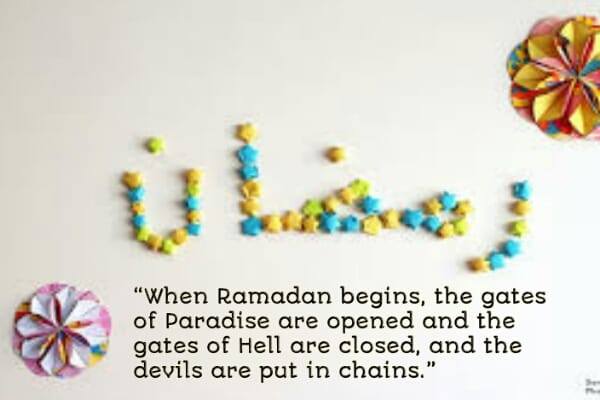 Messages to send your Wife:

Here are several hadith e Nabwii SAWW regarding Ramadan that you can send your spouse or anyone you want to wish Ramadan to them.

“Every action a son of Adam does shall be multiplied—a good action by ten times its value, up to 700 times. Allah says: With the exception of fasting, which belongs to Me, and I reward it accordingly. For, one abandons his desire and food for My sake.

There are two occasions of joy for a fasting person: one when he breaks his fast, and the other when he meets his Lord, and the (bad) breath (of a fasting person) is better in the sight of Allah than the fragrance of musk.” (Al-Bukhari) 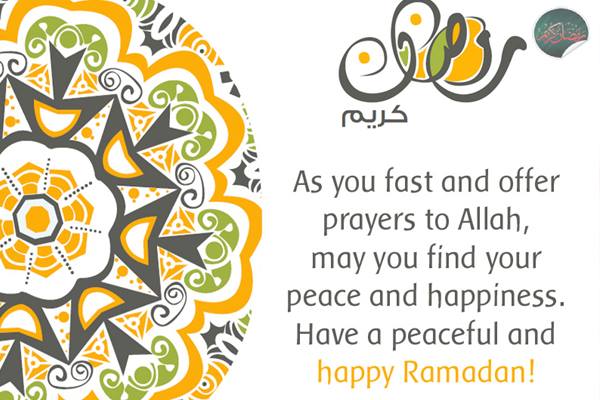 “Anyone who fasts for one day for Allah’s sake, Allah will keep his face away from the Hellfire for (a distance covered by a journey of) seventy years.”(Al-Bukhari and Muslim)

“The Prophet was the most generous of all people, and he used to become more generous in Ramadan when Gabriel met him. Gabriel used to meet him every night during Ramadan to revise the Qur’an with him. So, Allah’s Messenger then used to be more generous than the fast wind.” (Al-Bukhari)

“Fasting and the Qur’an will intercede on behalf of Allah’s servant on the Day of Judgment:

Fasting will say, “O my Lord! I prevented him from food and desires during the day, so accept my intercession for him.”

And the Qur’an will say, “O my Lord! I prevented him from sleeping by night, so accept my intercession for him.”

The intercession of both will thus be accepted. (Ahmad and authenticated by Al-Albani)

No matter what language you speak, be it English, Tamil, Urdu, Hindi or Arabic, there’s always the same greeting before Ramadan starts; “Ramadan Mubarak”.

The word ‘Mubarak’ is generally used for greeting. It’s an alternative form for Baraka or Barack; equivalent to the Hebrew name Barak; meaning “knee” or “kneeling” It is derived from the concept of kneeling in praise/to receive a blessing.

To literally translate this word, ‘Happy’ can be used in order to put more emphasis into what this word actually is used for.

Also, ‘blessed’ is a meaning commonly observed if we dig deep into the actual meaning of Mubarak.

The word ‘Kareem’ in Arabic, commonly translates to ‘generous’ or ‘noble’. This shouldn’t be confused with the one name out of 99 names of Allah subhnahu wa’t’ala; Al-Karim. That would mean ‘The Most Generous’, specifically used for Allah t’ala.

People say Ramadan Kareem to put prominence on the idea presented by Prophet Muhammad SAWW that in Ramadan, Allah becomes more generous; in giving and forgiving, and generous in all his positive attributes.

When Ramadan begins, du’as are certain to be made as it is in a hadith a nabwii SAWW that:

“On the authority of Abu Hurayrah (May Allah be pleased with him) it is related that the Prophet (Peace be upon him) said,

“There are three people whose ‘Du’a’ is not rejected; the fasting person until he breaks the fast, the just ruler, and the oppressed person, whose Duaa Allah lifts above the clouds and opens unto it the doors of Jannah, and Allah says: “I swear by My Honour, verily I shall assist you, even though it may be after some time.”

“On the authority of Abu Hurayrah (May Allah be pleased with him) it is related that the Prophet (Peace be upon him) said,