Ashura, also known as “Youm e Ashura” occurs on the first month of the Islamic Calendar, called Muharram. More specifically, it occurs on the tenth day of Muharram. This year, Ashura is predicted to occur on the first 10 days of September 2019. Ashura is of significance to a great many groups or sects of Muslims. And each of these sects or groups show their dedication to this day in different ways, for example; the Shia have the famous custom and practice of Ziyarat Ashura. 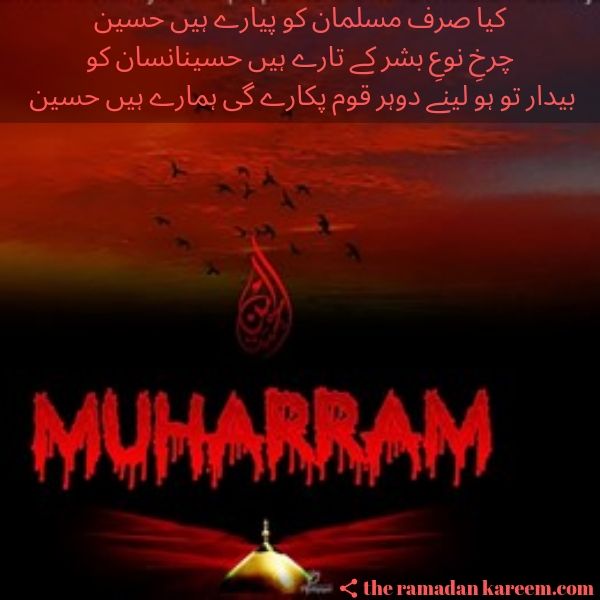 Ashura is significant for many reasons. Firstly, it is dedicated in honor of Hazrat Hussain ibn Ali, the grandson of the Holy Prophet (peace be upon him), who was martyred in the Battle of Karbala on 10th Muharram, in the year 61 AH. Secondly, it is to remember a meaningful event; which is when Allah (SWT) saved Hazrat Moosa and The Israelites from the evil Pharaoh by dividing the whole sea and creating a path as a result. Thirdly, to honor the time the Holy Prophet (peace be upon him) arrived in the Holy City of Medina. Fourthly, to commemorate the time Hazrat Noah left the Ark. Aside from these events, there also many other reasons why Ashura is considered so momentous to all Muslims.

Fasting (Roza) is generally greatly rewarding for Muslims, but fasting on events like Ashura is doubly worthwhile. The Prophet is known to have fast on the day of Ashura and hence, many Muslims all over the world also observe this practice. The Holy Prophet (peace be upon him) is reported to have said that fasting during Muharram is the best time to fast in after the Holy Month of Ramadan. However, it is important to note that it is not mandatory to fast, it is simply a Sunnah. But the rewards for fasting are also greater, therefore, it is recommended that many Muslims follow this Sunnah. The following Hadith by the Holy Prophet (peace be upon him) from Sahih Muslim highlights the rewards; “The fast on the 10th of Muharram atones for the sins of the preceding year.” 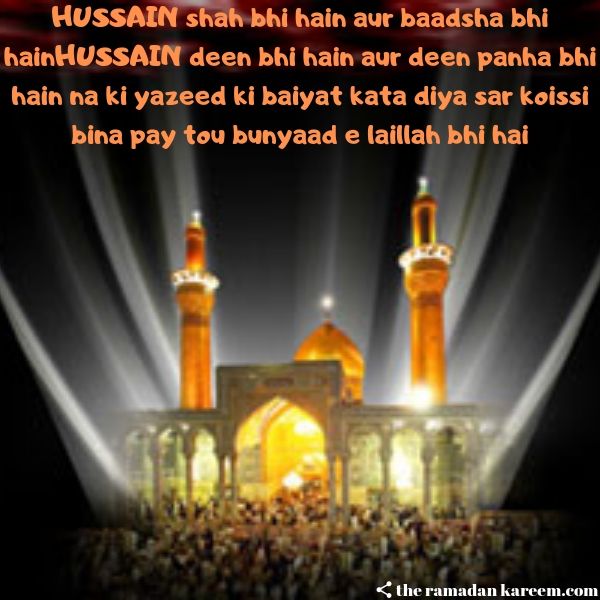 Any dua, Quranic verse, and tasbih is given importance and should be read on this day. But it is recommended that the following prayers should definitely be focused on; 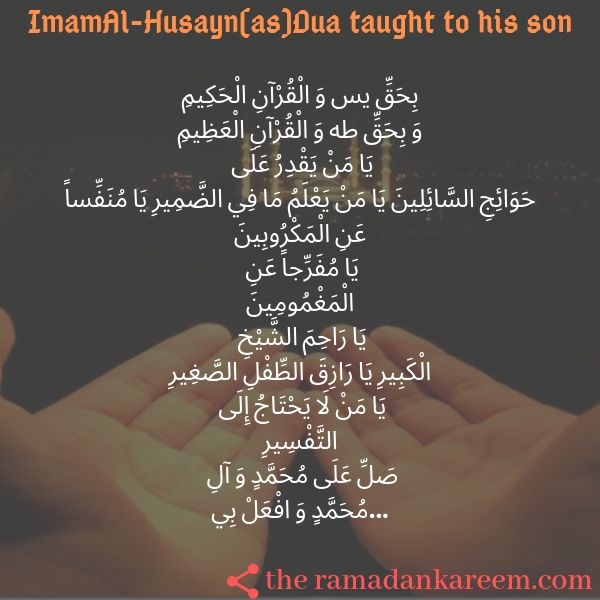 Many Muslims pray a 100 Rakaat Nafil namaz and while they pray this namaz, they recite Surah Ikhlas 3 times after Sura Fatihah, in each Rakaah. After finishing these prayers, they then go onto reading the first Kalma 100 times. It is said that following this routine will lead to forgiveness for all sins from Allah (SWT). The following should be done on the Eve of Ashura; pray 4 Rakaats of Nafil namaaz, recite Surah Ikhlass 3 times and Ayat ul Kursi once after reciting Surah Fatihah. After finishing this namaz, Surah Ikhlas should be recited 100 times. 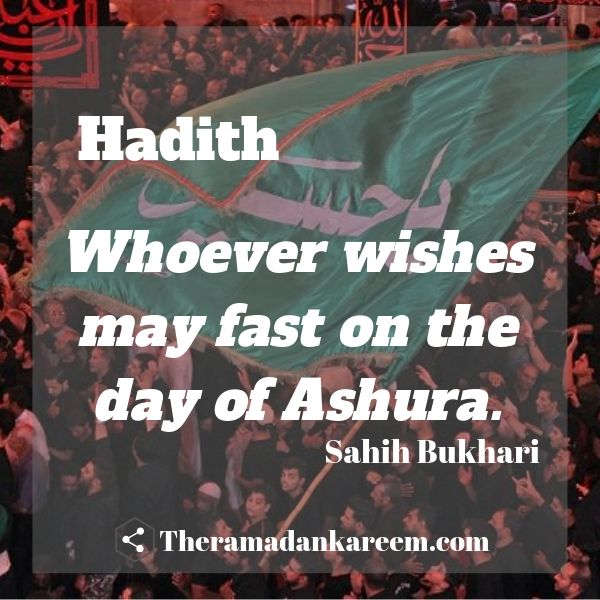 On the day of Ashura, it is said that the Dua-e-Ashurah should be read and if it is done so, Allah will keep him or her away from death for another year.

The following duas should also be read, at least 7 times;

The translation of the dua is; Glorious is Allah, as much as what is in His great scale, and as far as His knowledge extends, and to such a degree as it attains His pleasure, and to whatever weight may be His Throne; there is no refuge and no safety from Allah except in Him. Glorious is Allah, (He is declared so) as many as there be even (numbers) and as many as there be odd, and as many as there be perfect words of His; glory be to Him for them all. We ask of You (our Lord) for safety, by Your mercy, O You who is the most merciful of all those who show mercy; And it [Your Mercy] is our sufficiency and our best protection— the very best master and the very best help! And there is no power and no strength except in Allah, the High, the Great! May the grace of Allah, the Exalted, be upon our Master Muhammad and upon his family and his companions, and upon the believers’ men and women, and upon those who submit (in Islam), as much as there be atoms in existence and as much as there be things known to Allah; and all praise is due to Him, Lord of the Worlds. 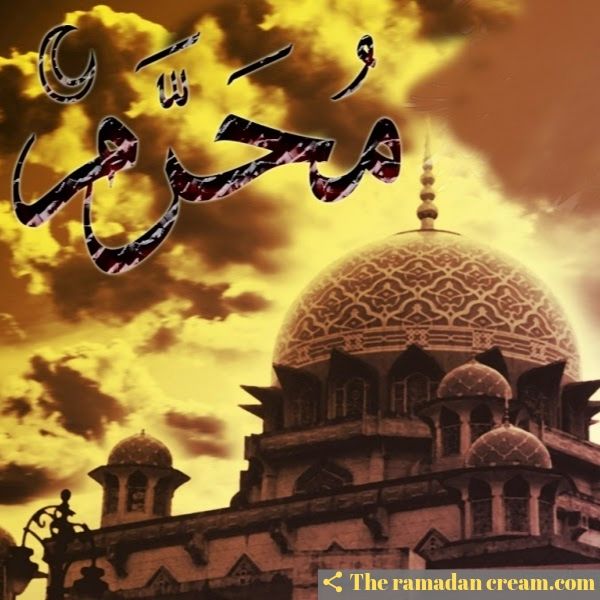 Other Ways to Celebrate Ashura

There are also other ways to celebrate Ashura, aside from praying and fasting, and these are; giving charity and Zakaat, help an orphan, teach someone Quran or a dua, listen to sermons, surround yourself with pious people who are proudly celebrating Ashura, be kind and inviting towards relatives, cut off nails, to take a bath and visit the elderly and the sick. 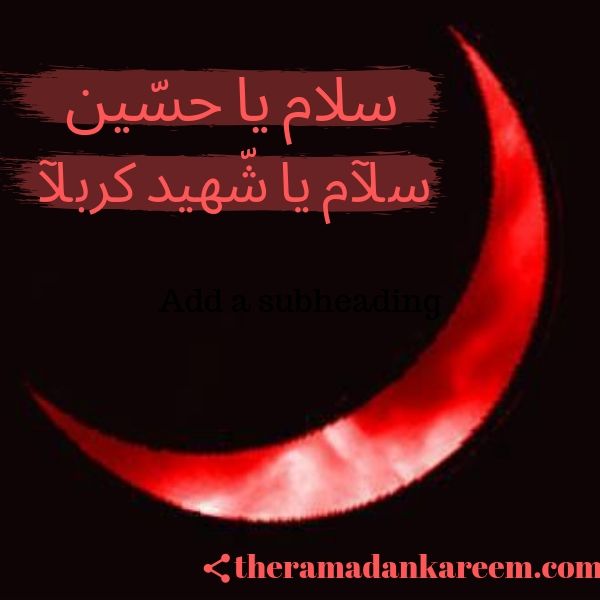 Because of the significance of Ashura, many Muslim majority countries throughout the world have made the relevant days a national holiday. Some of these countries are; Pakistan, Iran, Bangladesh, Iraq, and Afghanistan. As a result of this, many communities and sects are free to dedicate their whole time and energy to this important day and not worry about a single thing. Even students take off from their schools and colleges. There are also provisions available for Muslims living in the USA. 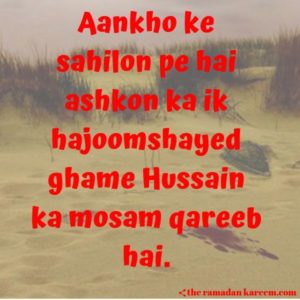 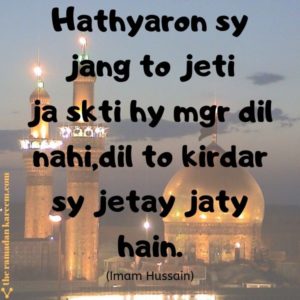 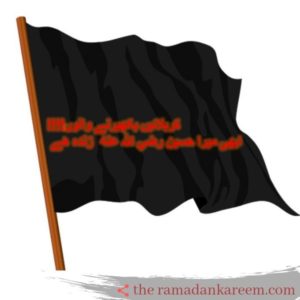 Also known as Ziyarat al-Arba’in, it is mainly Shia & Sunni Muslims who conduct this practice. This is a form of salutatory prayer to the grandson of the Holy Prophet (peace be upon him), Hazrat Hussain ibn Ali. It involves the visitation of Hazrat Hussain’s tomb in Karbala. Moreover, the martyrs of the Battle of Karbala, where Hazrat Hussain was martyred as well, are also honored. The fifth Shia Imam called Muhammad al Baqir is mainly accredited for this tradition. The practice has been mentioned in various Hadiths, such as; Misbah al-Mutahajjid, Ibn Qulawayh in Kamil al-Ziyarat, Bihar al-Anwar and Mafatih al-Jinan.

Ziyarat has many themes, some of them are; willingly sacrificing in any way for the Muslim Community, showing love to the Ahl al Bayt (meaning, People of the House), working against cruelty and dictatorship, opposing those who reject Allah and Islam. Imam Muhammad al Baqir has recommended his followers to read the Ziyarat prayer while facing the Karbala. A particular dua, called the Dua Alqamah is also pronounced after Ziyarat Ashura.